A stout with american hops

Dark and dry, Killer Sprocket Stout pours jet black with a tan head and aromas of toffee and brown sugar. On the palate you get flavours of espresso coffee and chocolate with a hint of burnt toffee ending with a resinous hop kick.

A darker shade of amber. 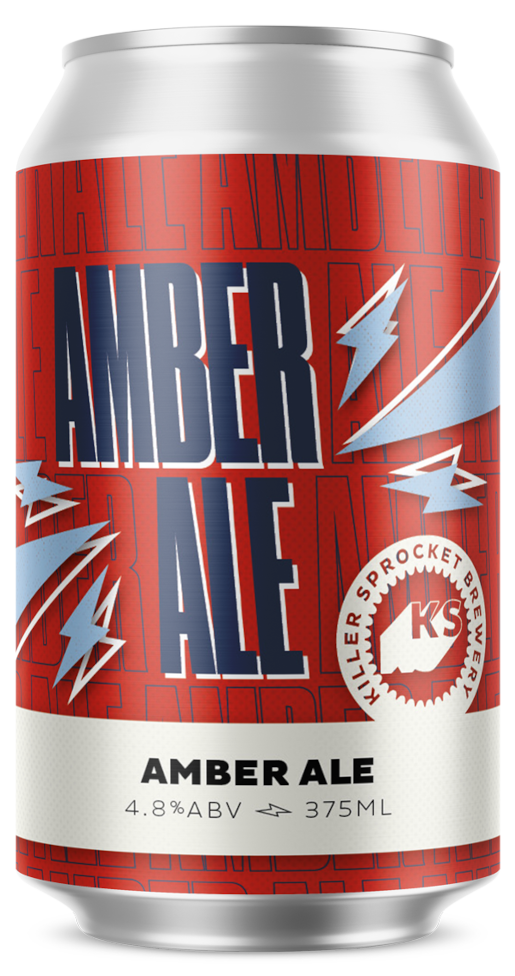 Killer Sprocket Amber Ale utilizes Pale, Munich, Crystal and Chocolate malts to achieve toffee and caramel flavours with a slight level of roasting. A combination of Cascade, East Kent Goldings and Amarillo hops, provide dryness to balance the sweetness of the malt and give the beer a bitter finish.

Killer Sprocket Rye IPA is an American style IPA with a large hop presence. The beer utilizes 16% rye in the malt bill to provide a dry and spicy finish. We used Columbus as a dry hop to enhance the nose and create a more rounded flavor.

Hey Juniper pours a hazy deep amber with a thick fluffy head and light carbonation. The aroma has a sweet burst of juniper and caramel with piny hops and citrus. There is a sharp and resinous bitterness that gives way to a light sweetness and flavours of juniper and spicy hops. It finishes with a prominent bitterness and lingering flavour of juniper and pine.

The Killer Sprocket Bandit pours a slightly hazy red-copper with a thin, quickly-dissipating head. Its bouquet is a medley of biscuit, dark fruit, toffee, spice and smoke. Its flavours invoke a combination of German Rauchbier and Pilsner styles, malty and spicy, and with a smoky finish, denoting the distinct presence of peated malt.

An IPA brewed with coffee

Shiny is brewed with Colombian Popayan coffee roasted by Tin Man Roasters in Carlton specifically for this beer. The beer pours a light orange colour presenting an intense floral, honey and chocolate flavour with medium citric acidity and creamy mouthfeel provided by the coffee.

YOU CAN'T RUN AWAY: NEIPA

Our limited edition NEIPA pours thick and juicy with a grapefruit and tropical fruit aromas. You Can't Run Away is full bodied with bold hop flavours of pineapple, stone fruit and passionfruit with low bitterness.